Ariana Grande carries a beauty that is striking and memorable. But, it’s worth noting that she is more than just her pretty face. Today, she is known for her powerful vocals and musical prowess. Though she first gained recognition as an actress, she later garnered global fame after her transition into the music scene. With her impressive vocal range and several accolades under her belt, it’s clear that Grande is easily considered one of today’s leading recording artists.

Who Is Ariana Grande?

Ariana Grande is an American musician and actress. An entertainer since childhood, she gained teen idol popularity for her portrayal as the endearing Cat Valentine in Nickelodeon’s Victorious. Despite the fame her Victorious acting stint gave her, Grande was adamant about pursuing a music career. Though she released her first single in 2011, it wasn’t until 2013 was she able to release her first studio album, “Yours Truly.”

Since then, Grande has released a total of five studio albums, which each being certified platinums. Her music career has only skyrocketed, and she now boasts of several accolades under her belt.

Ariana Grande was born on June 26, 1993. She grew up in Boca Raton, a city in Florida. Her father, Edward Butera, owns a graphic design firm in Boca Raton. On the other hand, her mother, Joan Grande, is a well-known businesswoman and CEO of Hose-McCann Communications. Grande also has an older half-brother, Frankie Grande Machione, who is a dancer and entertainer. Furthermore, she maintains a close relationship with her maternal grandmother, Marjorie Grande.

Notably, Ariana Grande’s ethnicity was a subject of debate. Though she was born and raised in Florida, the singer identifies as Italian American, being proud of her Italian descent.

Although she showed serious interest in pursuing a career in music by age 13, Grande continued to work in theater. She won a National Youth Theatre Association Award for her performance in the musical 13 on Broadway.

Following her stellar performance on 13, Ariana Grande received more widespread popularity as Cat Valentine on the Nickelodeon series Victorious (2010-2013). After the conclusion of Victorious, she reprised her role as Cat in the spin off Sam & Cat from 2013 to 2014. Despite her success as a Nickelodeon star, Grande’s true passion lay in music.

2011 saw Grande’s first single, “Put Your Hearts Up.” The song had a bubblegum pop feel to it, though Grande later disowned the track, claiming she had no interest in creating music under that genre. Additionally, she provided vocals for various Victorious soundtracks.

As an outlet for her musical endeavors, the young singer turned to YouTube where she posted videos of her song covers. Ultimately, YouTube became a major stepping stone for Grande, as this was where she was discovered by Republic Records. She subsequently released her first studio album, “Yours Truly,” in 2013. The album was a hit and debuted at number one on the US Billboard 200s chart. “The Way,” which is the lead single on the album, was arguably what placed Grande on the music industry’s radar. The track showcases her powerful vocals that are comparable to Mariah Carey, and the song’s R&B vibes charmed many.

In 2014, the hardworking musician came back with another album titled “My Everything.” For her sophomore album, Grande collaborated with several other musical artists in an effort to explore different and more mature themes in her music. Some of these artists she collaborated with include Zedd, Iggy Azalea, and The Weeknd.

“Problem,” the lead single for “My Everything,”was considered a huge success. It sold over 400,000 copies in its first week alone. Moreover, the track features the aforementioned Australian rapper Azalea and is an uptempo song with elements of dance-pop and hints of R&B.

“Dangerous Woman” and Return to Acting

By 2015, Grande released a new single entitled “Dangerous Woman,” which became an instant hit. It peaked at number eight on the US Billboard 100 by its 11th week. Additionally, “Dangerous Woman” was met with further acclaim, as it garnered a Grammy nomination for Best Pop Solo Performance.

2015 was indeed a busy year for Grande. On top of the “Dangerous Woman” release and its subsequent success, the singer returned to the small screen in the comedy slasher television series Scream Queens. She had a recurring role on the show, portraying Sonya Herfmann — also known as Chanel #2 — for four episodes.

Beyond Scream Queens, the singer also made a cameo appearance in Ben Stiller’s comedy flick Zoolander 2 in 2016. That same year, Grande debuted her third studio album — called “Dangerous Woman” as well — which featured influences from disco, dance-pop, and even reggae genres.

“Sweetener,” First Grammy Win, and “Thank U, Next”

Grande’s next studio album, “Sweetener,” was released in 2018. Upon its release, the album saw critical acclaim and debuted at number one on the US Billboard 200. Furthermore, “Sweetener” garnered Grande her first Grammy win, taking home the award for Best Pop Vocal Album at the 61st Annual Grammy Awards.

To promote the album, the singer launched a series of concerts called “The Sweetener Sessions.” For the concerts, Grande held three shows in North America before concluding in London, United Kingdom for the last show.

Following the success of “Sweetener,” Grande released the single “Thank U, Next” in November 2018. Her fifth studio album of the same name was later released in 2019. Interestingly, the release of the song came with no prior announcement or promotions, taking fans by surprise.

The music video for “Thank U, Next” made nods to pop culture favorites, such as the films Mean Girls and Legally Blonde. Subsequently, it broke a number of YouTube and Vevo records. It even received a Video of the Year nomination at the 2019 MTV Video Music Awards (VMAs).

Grande’s first reported boyfriend was actor Graham Phillips. The two met as cast members for the musical 13 and dated until 2011.

Then, Grande dated her Victorious back-up dancer, Jordan Viscomi, from 2011 to 2012. Next, she started a long distance relationship with Australian YouTube star Jai Brooks in 2012. The relationship lasted for two years; according to reports, Brooks had even accused his ex-girlfriend of infidelity. Grande then took to YouTube to clear the air, claiming Brooks’ accusations were “hurtful and shocking.”

Following her messy split from Brooks, Grande began dating The Wanted singer Nathan Sykes in 2013. Though the relationship lasted for only four months, the two claim to be good friends and have even made musical collaborations.

Grande’s next high profile romance was with rapper Big Sean. After calling off his wedding to the late Glee star Naya Rivera in 2014, Big Sean was spotted holding hands with Grande at the MTV VMAs. The relationship did not last, however, as the two went their separate ways eight months later.

The “Dangerous Woman” singer was then linked to back-up dancer Ricky Alvarez. The two dated for a year before calling it quits in 2016.

Ariana Grande: Mac Miller and After

Grande’s most famous romance is arguably the one she shared with American rapper Mac Miller. The two worked together for Grande’s song, “The Way,” in 2013. They remained good friends since then, but did not start dating until 2016. Their relationship came to an end in May 2018.

By May 2018, Grande started seeing Saturday Night Live comedian Pete Davidson. The two were later engaged, but ultimately went their separate ways by October 2018. Reportedly, Grande claimed the romance she shared with Davidson was “too much too soon.”

Grande was later linked to pop music performer Mikey Foster. Rumors of a relationship between the two began brewing in August 2019. These rumors were later confirmed by Grande’s brother, Frankie, in a now deleted social media post. Neither Grande nor Foster had outright confirmed their relationship, though ultimately, the two didn’t last and reportedly called it quits later on.

These days, Grande keeps her romance endeavors more on the private side. However, reports from Women’s Health claim that she is in a relationship with real estate tycoon Dalton Gomez.

Ariana Grande has made many headlines and news in recent times. One major tragedy that continues to be linked to her name is the Manchester Arena bombing in 2017. The incident took place during the Manchester stop of her “Dangerous Woman” tour, which had kicked off in February that year. In May, Grande was set to perform onstage in Manchester. However, after her performance, a suicide bomber detonated a bomb, consequently killing 22 people and injuring hundreds of her fans. A popular Ariana Grande tattoo, which shows a butterfly, serves as a reminder for the singer regarding the tragic incident.

Another unfortunate event that struck Grande’s life was the passing of her ex-boyfriend, Mac Miller, just a few months after their breakup in 2018. The rapper’s alleged cause of death was an accidental drug overdose. In honor of Miller, Grande included him in the lyrics of her single “Thank U, Next.”

Today, Grande continues to wow fans and critics alike. In 2020, she released a collaboration with Lady Gaga entitled “Rain On Me.” The track was released as a single on Gaga’s sixth studio album, “Chromatica.”

On her end, Grande has teased that she is working on her own sixth studio album. Though there are no official announcements regarding the upcoming project just yet, fans have nicknamed the next Ariana Grande new album “AG6.”

Being one of the most popular pop icons of today, it comes as no surprise that Grande has a significant amount of money to her name.

The Ariana Grande net worth stands at an estimated $100 million. Thanks to her multiple endorsements, tour sales, and other projects, it would appear that the singer’s net worth may only increase in due time.

Without a doubt, Ariana Grande has put in a lot of hard work to reach the icon status that she is today. Though she is young, her talent only continues to grow. It’s safe to say that for Ariana Grande, things are only going to go up from here on out.

Written by regina
Just another one of those Internet lurkers who enjoys video games, books (reading AND hoarding, oops), and anime, among other things. May or may not enjoy long walks on the beach.
Latest Posts 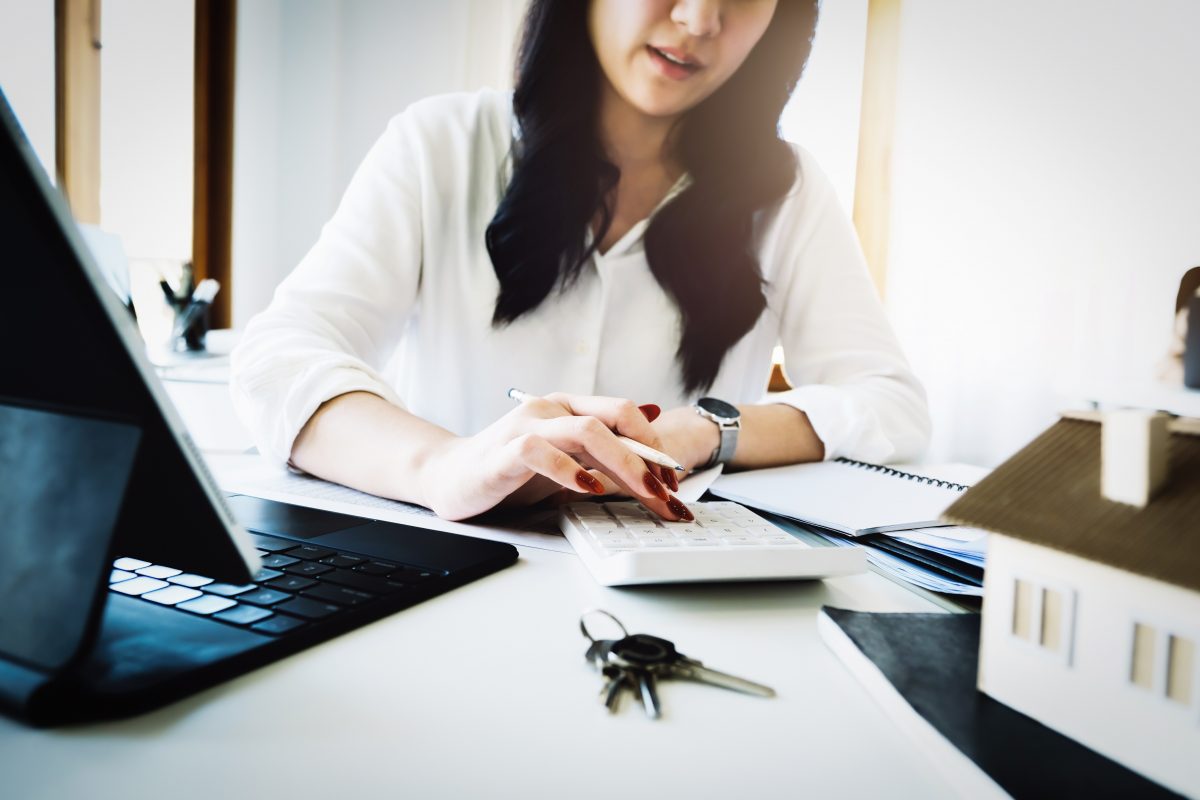 Guide to Hiring a Private Lender 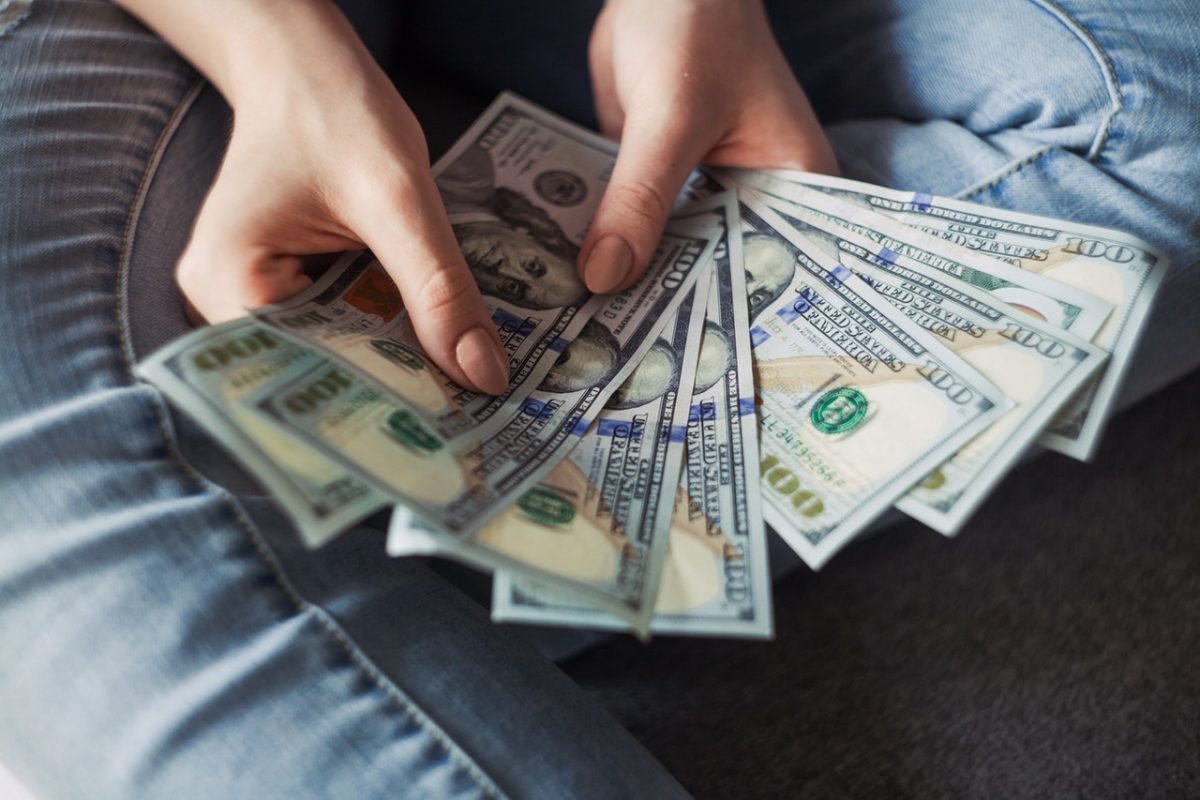 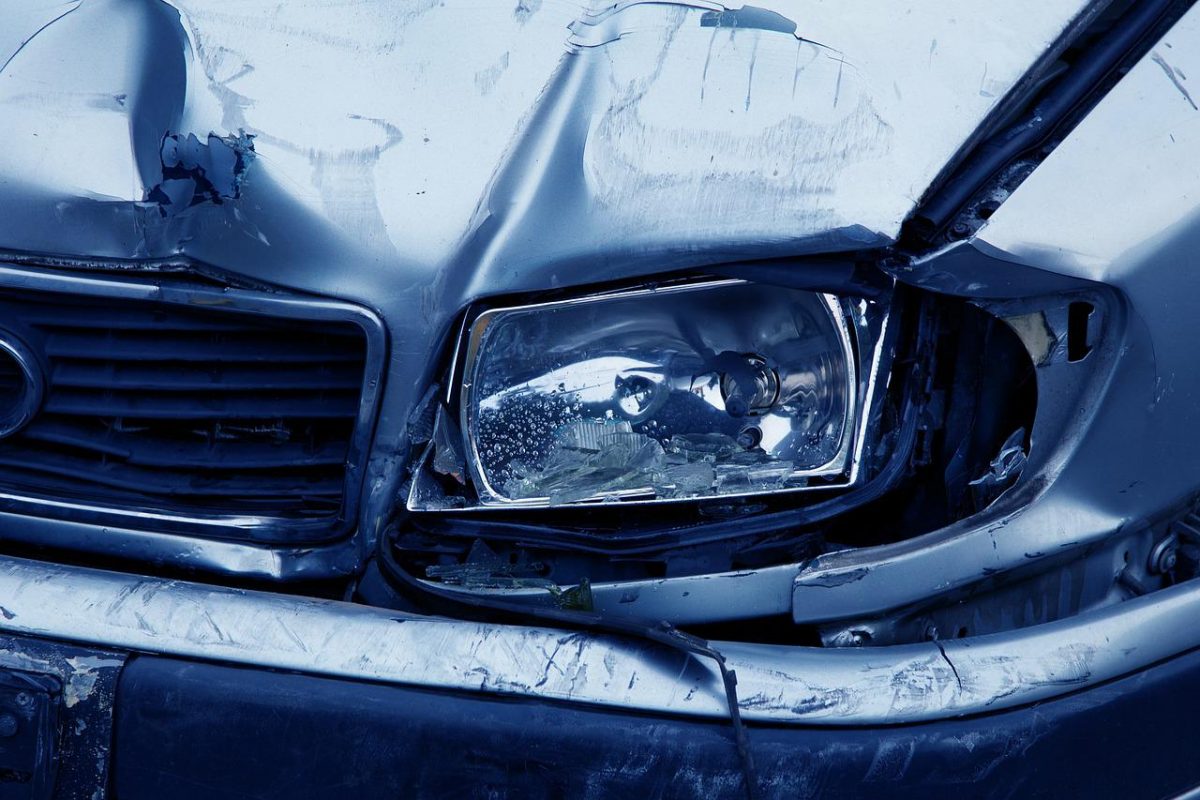 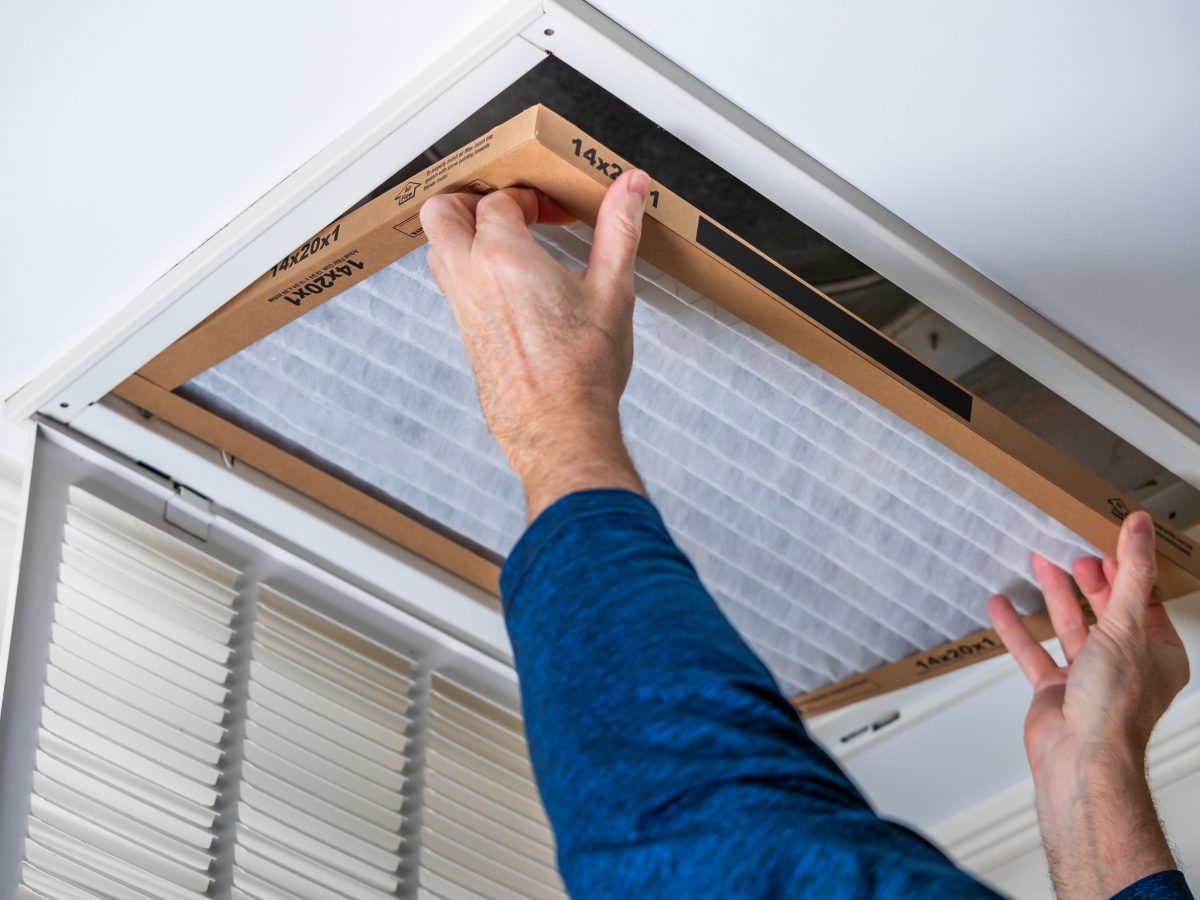 What Factors Affect the Lifespan of Your HVAC Air Filter? 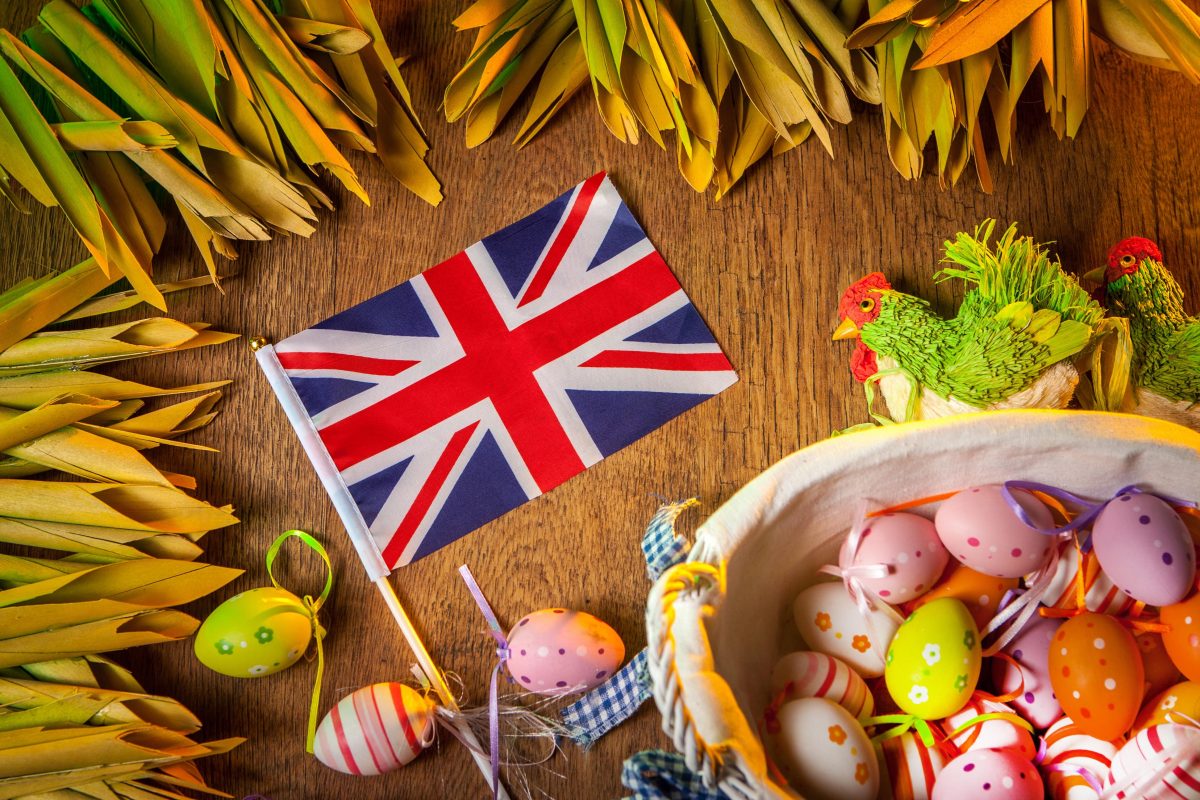 9 Festivities to Visit in London