When we think of Paris Hilton, one of the first things that come to mind is her glamorous lifestyle. The heiress has cultivated an image for herself throughout the years, one that projects luxury and excess. However, with the recent release of her documentary This Is Paris, we were given new insight into who she really is beyond what we’ve seen on the media.

Shall we get to know her better?

Everyone has a little rebel in them. 😈#ThisIsParis 🎥 premiering September 14th on @YouTube ⚡️

Paris Hilton was born on February 17, 1981 in New York. Her great-grandfather is Conrad Hilton, the founder of Hilton Hotels. The socialite may have been born with a silver spoon in her mouth, but she didn’t shy away from doing a bit of “work”. She began her career as a model and did fairly well after signing with Trump Model Management.

The homemade sex tape recorded by her then-boyfriend Rick Salomon was released with the title 1 Night in Paris; the video blew up and instantly became viral. “Paris Hilton sex tape”, “Paris Hilton nude”, and “Paris Hilton naked” became some of the most searched for phrases on Google. Arguably, the incident helped catapult her into worldwide fame. According to NY Daily News, the video leaked just a few weeks before The Simple Life was set to air.

Banking on this newfound notoriety, Hilton went on to star in the reality show The Simple Life, alongside her best friend Nicole Richie. The show followed both women as they struggled to live a more “average” lifestyle, including doing manual work. Sure, it portrayed Hilton as the stereotypical dumb blonde, but there’s no denying that it helped make her even more famous.

As she gained more popularity through the reality show, Hilton also went into acting. She made a guest appearance on the second episode of the TV series Veronica Mars. The socialite portrayed Caitlin Ford, a character described as a “spoiled, rich girl who loves attention, especially from boys.”

This was followed by a role in the horror film, House of Wax. She even received a Teen Choice Award for her performance!

Hilton also frequently performs as a DJ. She debuted back in 2012 during Brazil’s Pop Music Festival and has since performed at various festivals such as Tomorrowland and Summerfest. The heiress also held her own residence at Ibiza’s Amnesia nightclub from 2013 to 2017. She was the highest-paid female DJ for 2014.

Most recently, she gave fans a peek into her home DJ set-up.

Are They Still Friends? Paris Hilton and Nicole Richie

Clocking in for my first job on #TheSimpleLife. 🐄🐄👯‍♀️🐄🐄 #TBT

Their hilarious chemistry on The Simple Life was one of the driving forces for the show’s massive success. However, as their fame grew, so did the distance between these former best friends. Paris Hilton and Nicole Richie pretty much grew up together and were inseparable, long before they even began shooting the reality show.

Then, fame happened and things began to change. At one point, they even feuded and continued to drift further apart. In 2005, Hilton was first to admit that they were no longer friends. This was followed by a confirmation from Richie, who stated that their fight “turned into a much bigger thing than it is.” For fans of both the show and the duo, this was certainly quite a blow.

They did reconcile during Season 5 of The Simple Life, though. Both admitted that they were not even sure what caused the rift between them. Since then, Hilton and Richie had nothing but good things to say about each other. In 2019, during an interview for Watch What Happens Live, Hilton revealed that they are still close friends.

It’s no secret that Hilton has had a number of high-profile friendships with many celebrities, including the likes of Britney Spears and Lindsay Lohan. Among the most talked about, however, is the relationship between her and Kim Kardashian.

Long before Kardashian was a household name, she worked for Hilton as a personal assistant. In fact, Kardashian can be seen in a few episodes of The Simple Life.

It was in 2006 when the friendship between Hilton and Kardashian fully bloomed. Following her split from former BFF Nicole Richie, the socialite had a free spot beside her and Kardashian stepped up to the plate. In 2015, Kardashian spoke to Rolling Stone about this particular time in their relationship. She said that they would often go out just to be seen and written about. They knew exactly what to do in order to get attention and have people talking. Perhaps it was this lifestyle that pushed them apart.

Just two years later, their closeness would come to an abrupt end.

“Cottage cheese stuffed in a trash bag.” According to TMZ, Hilton let these fiery words slip during an interview with a Las Vegas radio show. While Hilton did apologize for the incident, it effectively ended their friendship and started a feud involving the entire Kardashian clan.

Some reports suggest that Hilton was threatened by Kardashian’s rising power. But was jealousy really to blame for why these two women drifted apart? We might never know the whole story, but one thing’s for certain: Paris Hilton and Kim Kardashian have since patched things up.

Sadly, we won’t be able to see Hilton show up in an episode of Keeping Up with the Kardashians, as the show is in its final season.

This is Paris – The Documentary

Most people thought they knew Paris Hilton after having seen her reality show and through the tongue-in-cheek autobiography she published back in 2004. Behind this glossy veneer, however, hid a much deeper self, which Hilton bravely revealed in her documentary: This is Paris. The documentary is available for streaming on YouTube Originals.

At first, it might seem no different from what we have already seen. We are shown Hilton strutting into a studio, carrying her precious dog Diamond in one arm and a multitude of pink bags in the other. Using her signature “seductive” voice, we are shown a clip of the socialite repeating her catchphrase “That’s hot” over and over until they get the right take.

If you’re expecting a simple tour of her mansion and closet like all the times before, well, you’re in for a ride. The documentary is far more revealing than anything else she has done before. Underneath the glitter, the expensive clothes, and wealth—there’s a thread of unhappiness that can be clearly seen throughout the entire thing.

Then, we get to the childhood trauma Hilton has kept hidden for years.

This Is a Survivor. #ThisIsParis

As a teen, Hilton was sent to various reformatory schools in an effort to keep her away from a life of excess. She has confessed to running away from most of them, until she was put in Provo Canyon School in Utah. This is where her nightmare began.

In This is Paris, she alleges that the staff “tortured” her and the other students. They were subjected to verbal abuse regularly. Those caught hiding their prescription medicine, which they were forced to take, would be punished with solitary confinement. These “punishments” would sometimes stretch to 10 hours at a time.

Because of these incidents, Hilton had suffered trauma for years. In fact, she cites this as the reason why the homemade sex tape even happened. Out of want to make her then-much older partner happy, she was willing to do anything. This included going out of her comfort zone, a mistake she has clearly learned from.

The heiress joined The Drew Barrymore Show recently to discuss the trauma that her experiences at the boarding school had caused. On the show, Paris Hilton talks about experiencing severe nightmares ever since she was a teenager. She also went on to speak about the difficulty of reliving those things for the documentary.

As viewers, we only saw the glossed-over version of Hilton: the perfect life and image she projected in order to hide the secret she was most ashamed of. Since then, however, she has gotten over those feelings. She tells Barrymore, “I know now I shouldn’t be ashamed. The people who worked at these places abusing children are the ones who should be ashamed.”

This is Paris brings back the “reality” in reality show. There are moments that are uncomfortable to watch, but that’s how the truth is. It is neither pretty nor perfect.

What is Paris Hilton Doing Now?

Aside from the recent release of her documentary, the socialite remains active as an entrepreneur. Her line of Paris Hilton Perfume remains one of the best sellers in the United States. She is also a prolific businesswoman, with various investments to her name. Hilton is an icon of reinvention and while she has stayed true to the persona she has cultivated, there is now an obvious maturity to everything she does.

If there’s anything we can take away from This is Paris, it’s that we can never truly judge a book by its cover. Everyone thought Paris Hilton was just some wealthy socialite who would fade into obscurity after her 15 minutes of fame. However, it has been decades since we were first introduced to this colorful personality and she still remains as relevant today.

The only difference? We know her just a bit better now. This intelligent and brave woman is, without a doubt, a force to be reckoned with. 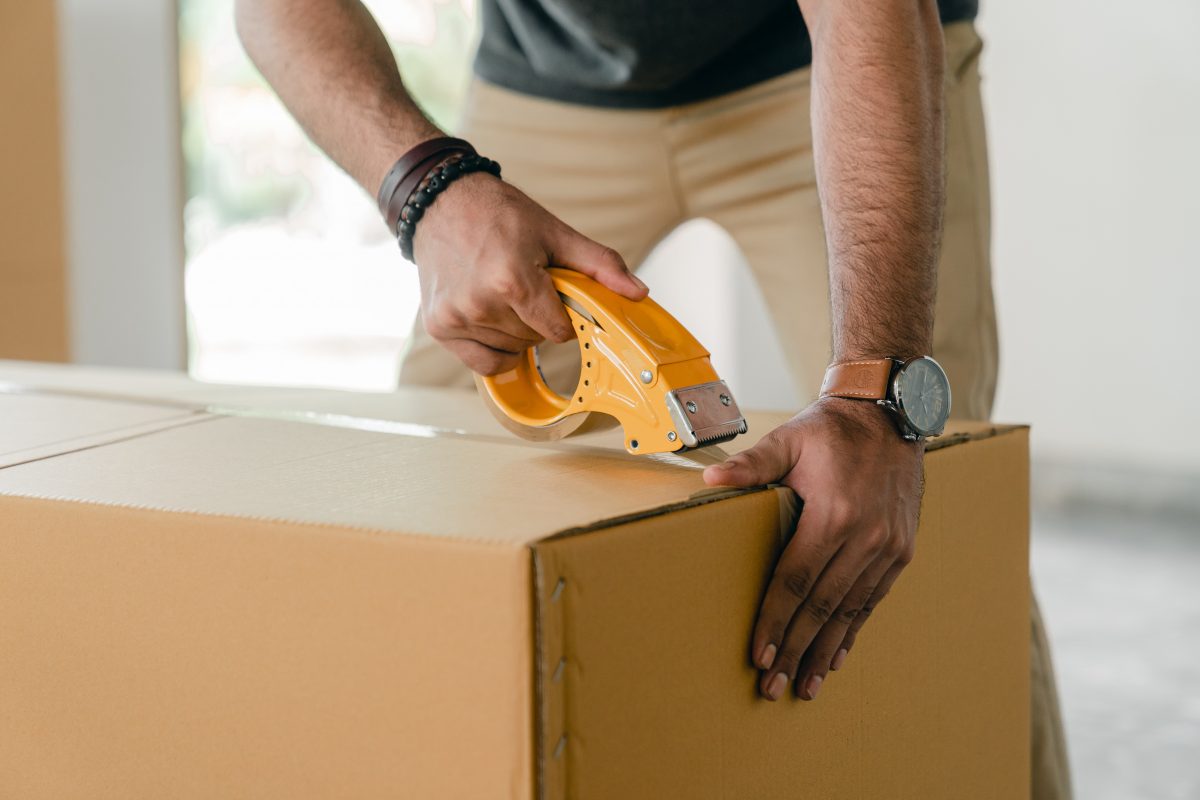 Lockall Storage Solutions For Businesses and Individuals in Paris