The AUG is an automatic rifle. It has been in the game since 1999. Despite its early introduction, users often underestimate this weapon. Before releasing the Global Offensive version of CS:GO, its direct competitor, M16, always won the competition. In 2018, a new update made this weapon very strong, and the latest data from all tournaments show that it occupies the top position among gamers. Consequently, today the AUG is the #1 problem for terrorists.

This gun’s capabilities are so overpowering, that many professional eSportsmen have taken to Twitter to demand that developers nerf the AUG. To date, none of these players have received a response. As such, it is worth looking at the AUG’s advantages to understand their concerns:

These and other reasons make this rifle a nice pick. However, its accuracy and enhanced gameplay are not the only reason users love this weapon. You can also customize its design. Aside from AUG Akihabara Accept, there are many more attractive designs to consider. Check them out below!

The simplicity of this skin’s design is its beauty. The attack of the tiger is quiet and lightning fast. The victim is unaware of his presence until it is too late. Be like a tiger, and may your hunting always be successful. The price for this rifle fluctuates between $5–17 depending on the wear rate. 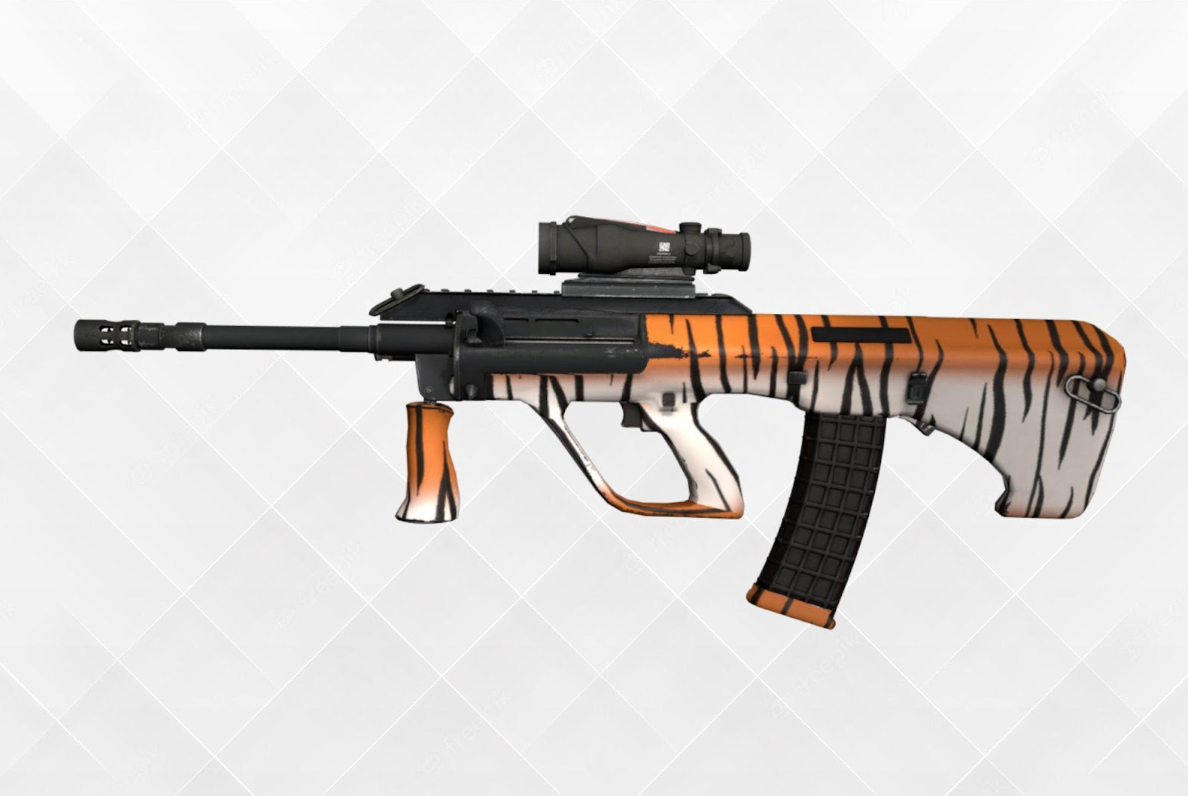 This is a deceptively simple skin. Its metallic orange is complemented by blue overlays. Even though blue and orange are on opposite sides of the same color wheel, they can still complement each other perfectly. The developer decided to make it even more stunning with a dark gray carbon stock. This skin will cost you no more than $2.

This skin will please lovers of luxury, especially those in love with the era of geographical discoveries. This skin will look great in any inventory, as it is reminiscent of the flintlock guns used by Native Americans. Certainly, the Aristocrat is a weapon for refined players who prefer to do everything chicly. Feel free to find the skin that fits your budget: there are options for $1 or $5 in Factory New quality. 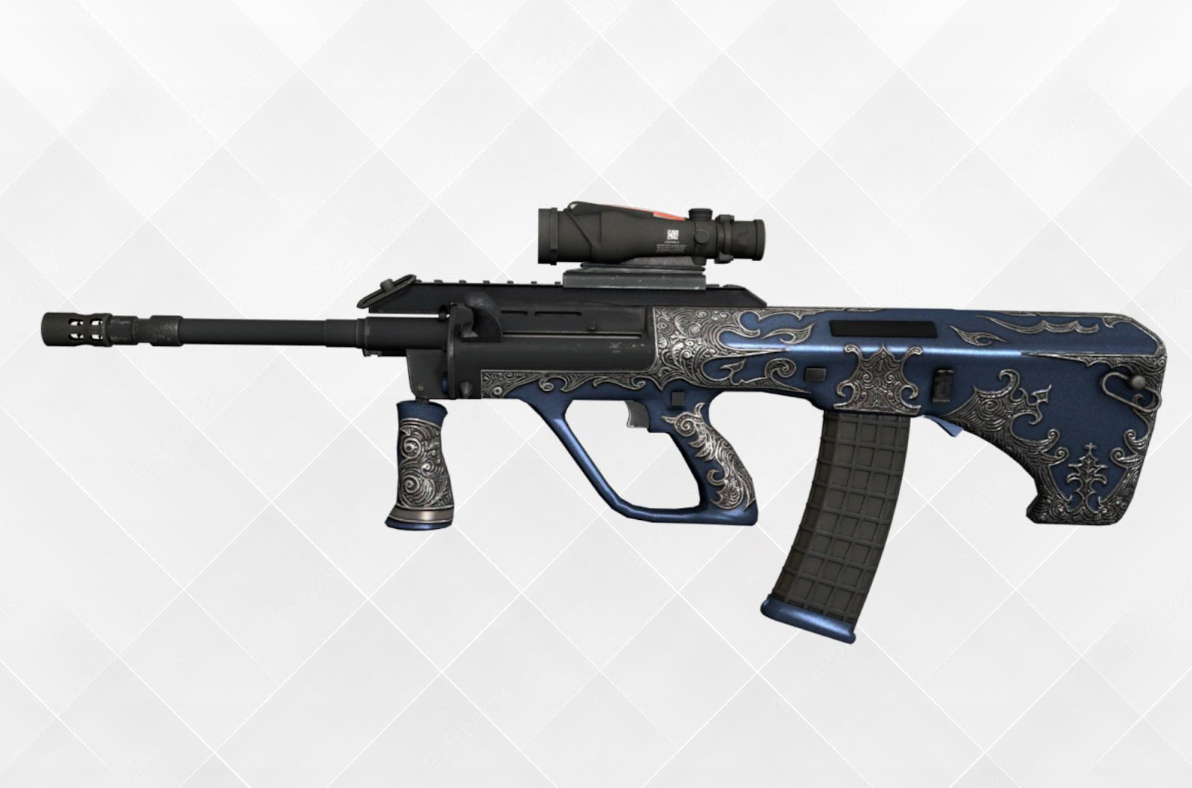 We do not doubt that with AUG | Twisted you can get excellent results in a CS:GO match. This weapon looks like a blaster with black, white, and yellow colors. Furthermore, this design will favorably distinguish you from the gray mass. The price for this skin usually fluctuates between $6 and $10. 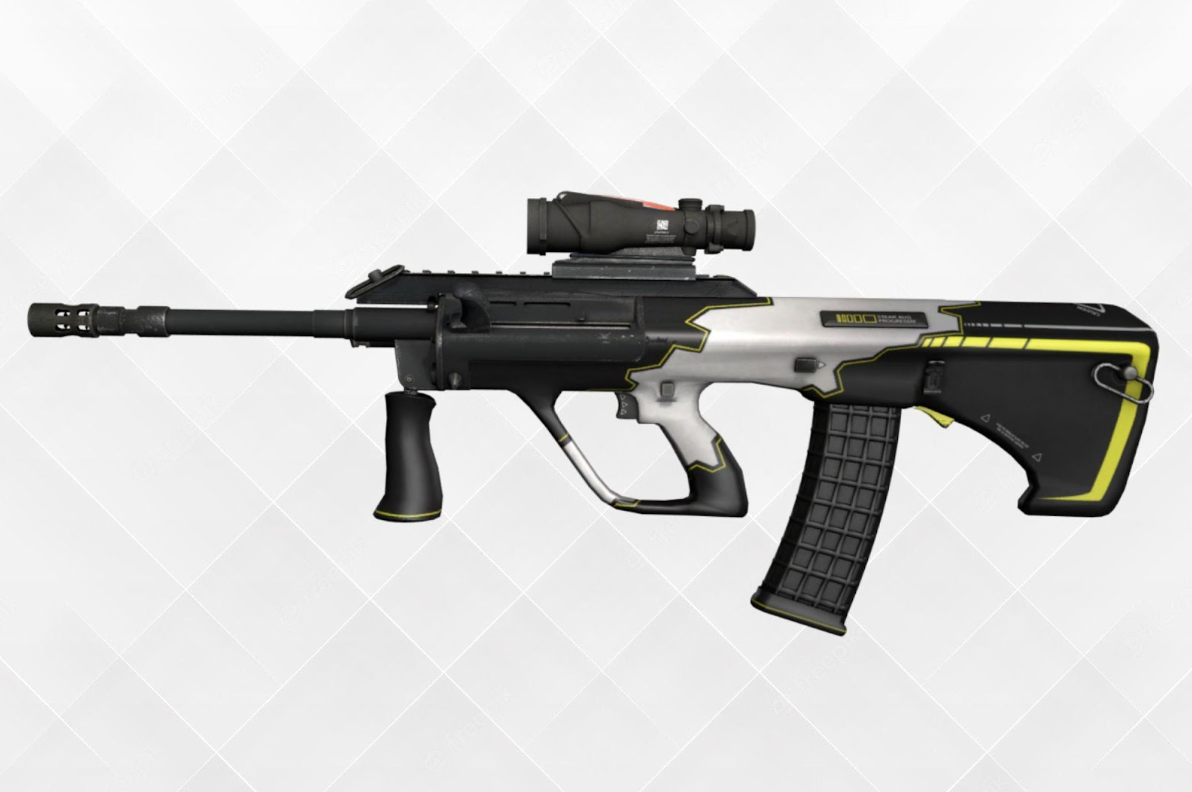 You may not like cute skins, but the Fleet Flock is arguably one of the most beautiful options. Japanese-style clouds on a blue background and attacking birds set the right mood for a good scoring round. Maybe none of these little ones will kill enemies one by one, but the flock will certainly peck them to death. This reminds us that the main concept of CS:GO is teamwork. No matter how cool you are, without your flock you are nothing. This item is usually priced at $3 but may increase to $33. 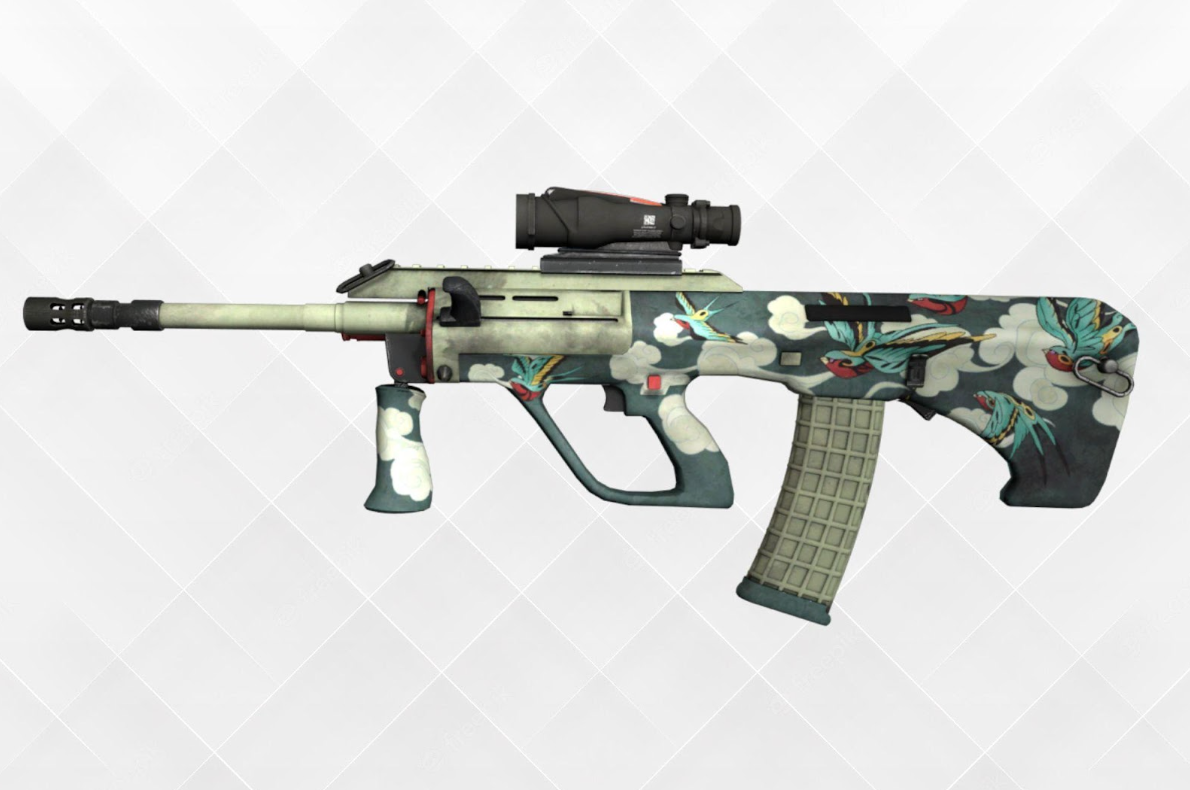 The chameleon’s main weapon is its tongue, which is as fast and deadly as a bullet. So, adapt to win. We believe that this is the developer’s true inspiration behind the skin. Therefore, we hope your bullet always finds a target, like the tongue of this chameleon finds and kills insects. The starting price for this skin is $4. 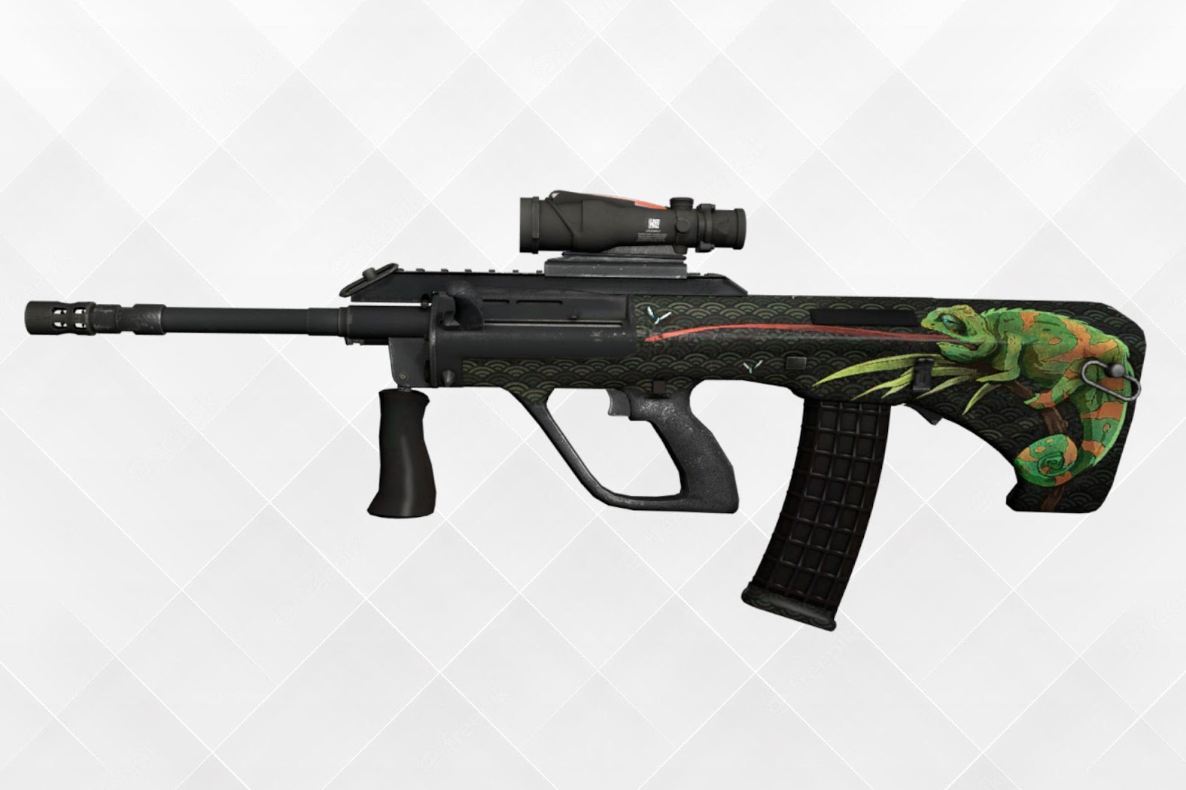 Syd Mead, who was involved in developing this skin, is a legend of futurism. He is an artist known for his art concepts of Aliens, Johnny Mnemonic, Star Trek, Throne, and Blade Runner. Indeed, the skin is a very good continuation of this cool artist’s work. But, even if you don’t know about him, the AUG | Syd Mead is damn good. Red and yellow stripes on a gray background will always be in demand. So, buy it now for a couple of dollars to sell it for 10 times more in the future.

Stymphalian birds are predators of ancient Greek mythology. The gods endowed these creatures of Ares with copper beaks, wings, and claws. In general, they attacked both people and animals. Their most formidable weapons were feathers, which the birds poured on the ground like arrows. Hercules defeated them by order of the Mycenaean king Eurystheus. We believe the steel rain is a great metaphor for a great gun. Besides, it costs just a few dollars, so don’t miss a chance to buy it.

How to Play With AUG

Stay close to boxes and shelters with your AUG: you will have a strong advantage coming out of them with the zoom pointed at the enemy. When accurately targeting the rival, it’s simple enough to control the shots. When the zoom is on, you have reduced body dynamics. Therefore, we recommend killing the enemy without releasing the shooting key. At medium and short distances, you need to shoot without zoom. This will help to shoot a moving enemy. During the buying round, we recommend buying AUG instead of M4A4 and M4A1-S. AUG has stronger technical characteristics. However, they may be fixed with the next updates. So, choose the preferred skin for your AUG and enjoy your game!

How to Save Money Heating Your Home in Ireland This Winter