Kylie Jenner may be young, but that doesn’t mean she shouldn’t be taken seriously. With her celebrity status and famous family to boot, it’s clear that she has a lot going for her. Let’s take a closer look at her life — from her early beginnings to her high profile status today.

Who is Kylie Jenner?

Kylie Jenner is youngest daughter of Kris Jenner and Bruce Jenner (now Caitlyn Jenner). Her older sister, Kendall Jenner, is a model. Many are familiar with Jenner’s famous half-siblings from her mother: Kourtney Kardashian, Kim Kardashian, Khloe Kardashian, and Rob Kardashian. In addition to her famous Kardashian side of the family, she also has older half-siblings on the paternal side of her family: Burt Jenner, Brandon Jenner, Brody Jenner, and Casey Jenner.

Jenner went to Sierra Canyon School for her education. However, come 2012, she took on homeschooling through an at-home education program. She later graduated with a high school diploma in 2015.

Keeping Up With The Kardashians, Endorsements, and Other Appearances

Kylie Jenner has been a mainstay of Keeping Up With The Kardashians since her early youth. Many may know KUTWK as the reality television show that chronicled the lives of the Kardashian-Jenner clan. Notably, Jenner and her older sister Kendall were significantly younger than the rest of the KUTWK family. At only 10 years old, she began appearing in episodes of KUWTK. As such, the media has seen her grow up to become the young woman that she is today.

Beyond Keeping Up With The Kardashians, Jenner has also been involved in several endorsements with numerous brands. In 2013, she and her sister launched The Kendall & Kylie Collection with retail clothing brand PacSun. That same year, the sisters also earned $100,000 each thanks to their endorsements for nail polish brand OPI.

Then, in 2014, the Jenner sisters worked with fashion designer Steve Madden to release a shoe and handbag line under the designer’s Madden Girl line. In addition to this, the younger Jenner also launched a line of hair extensions called Kylie Hair Kouture with Bellami Hair.

Jenner has also made an appearance in Cycle 18 of  America’s Next Top Model, along with her sister and mother. Additionally, she and her sister appeared in PartyNextDoor’s music video for his track “Recognize.” The sisters also have a novel — entitled Rebels: City of Indra: The Story of Lex and Livia — under their name. Although they claimed to have co-written the dystopian science fiction novel, it was later revealed that the book was ghostwritten by novelist Maya Sloan. Nevertheless, the book received a sequel called Time of the Twins.

A large bulk of Jenner’s wealth comes from beyond her appearances in Keeping Up With The Kardashians. Though she may be the youngest in the Kardashian-Jenner clan, she is also one of the richest among her siblings. Notably, Jenner can easily credit her makeup line for much of her wealth. The now renowned Kylie Jenner makeup line, Kylie Cosmetics, was founded back in 2014. Formerly known as Kylie Lip Kits, the company was founded by Jenner and her mother through a partnership with Seed Beauty. It started off selling Kylie Lip Kits in 2015, a set that contained liquid lipsticks and matching lipliners.

By 2016, Kylie Lip Kits was later renamed to Kylie Cosmetics. The company has since expanded its line and now offers a variety of other products. These include makeup brushes, eyeshadow palettes, and even eyebrow kits. Additionally, Kylie Cosmetics has released a number of collections under its makeup line, with Jenner collaborating with both friends and family for such collections. Some notable collections include a collaboration with her sister, Kim Kardashian, to partner with the latter’s own KKW Beauty. Besides KKW X Kylie, Jenner worked with her other siblings to release more collections, such as Koko X Kylie, Kourt X Kylie, and Kendall Jenner by Kylie Cosmetics. She also released the Kris Kollection, which was a collaboration with her mother.

Two more days till the clarifying collection launches on KylieSkin.com 🤍 @kylieskin 8.6 9am pst

Further driving home Jenner’s success in the beauty world is her skincare line, Kylie Skin. With both Kylie Cosmetics and Kylie Skin under her belt, Jenner struck a major deal with beauty company Coty Inc. According to Fox Business, Jenner sold a majority stake in Kylie Cosmetics and Kylie Skin to Coty Inc. for $600 million. Though she will continue to remain the face of the brand, the company is said to be rebranded as simply Kylie Beauty under Coty Inc.

Throwback to one of my favorite shots by @nicksaglimbeni

Has Kylie Jenner ever gone under the knife? This was the subject of speculation for quite a while, when many fans and critics noticed a change in the fullness of Jenner’s lips. As many Kylie Jenner before and after photos show, the star’s lips were significantly thinner when she was younger. Interestingly, Jenner continued to tiptoe around such claims, though it was noticeable how she would over-line her lips with lip liner to create the illusion of fuller lips.

Eventually, Jenner later revealed all in an episode of Keeping Up With The Kardashians back in 2015. She shared that her lips were a particular insecurity of hers, which later led to her getting lip fillers to achieve plumper-looking lips. It was also this insecurity that led to her focus on lip kits during the initial launch of Kylie Cosmetics.

Taking into consideration all her business ventures and endorsement deals, it should come as no surprise that the Kylie Jenner net worth sits at a remarkable amount. When Jenner was 21 years old, Forbes named her the youngest self-made billionaire ever. At the time, she was estimated to have a net worth of $1 billion.

Jenner’s appearance on Forbes’ list garnered some criticism, though. Critics argued that Jenner was already born into fame and fortune. As such, she could not necessarily be considered a “self-made” billionaire. However, Jenner went on to clarify that she truly did fit the “self-made” title. The young businesswoman shared that she built Kylie Cosmetics with money she earned herself.

As it stands, the Kylie Jenner net worth 2020 now amounts to around $700 million, according to Forbes. Based on the information that Forbes details, Jenner’s company was not actually as valuable as the Kardashian-Jenner clan led many news outlets to believe. Interestingly, Jenner’s net worth now puts her sister, Kim Kardashian West, above her in terms of wealth. Following her deal with Coty Inc., Kardashian West’s net worth is currently at around $780 million. With that said, Jenner is no longer the world’s youngest self-made billionaire.

Jenner’s $36-million home is yet another testament of her wealth. The luxury compound consists of 14 bathrooms and 20 parking spaces. Located in Holmby Hills, California, the extravagant property was reportedly purchased at a discounted price. People shares that Jenner scored the mansion at $36.5 million, when it was originally listed for $45 million.

Besides being kept busy with her business endeavors, Kylie Jenner is also a preoccupied mother to her only daughter, Stormi Webster. The two were recently spotted spending some quality mother-daughter time together baking Halloween cookies. It’s worth noting that Jenner’s pregnancy — with then-boyfriend, rapper Travis Scott — was kept under wraps until the couple made the big reveal a few days after Jenner gave birth. Jenner’s newfound motherhood thus came as a shock to many at the time.

Notably, Jenner and Scott are no longer together. However, they remain friends and co-parent their daughter.

Whether you love her or hate her, Kylie Jenner is still here to stay. With her beauty empire and famous family to boot, it’s clear that things will only go up for this young star.

Written by regina
Just another one of those Internet lurkers who enjoys video games, books (reading AND hoarding, oops), and anime, among other things. May or may not enjoy long walks on the beach. 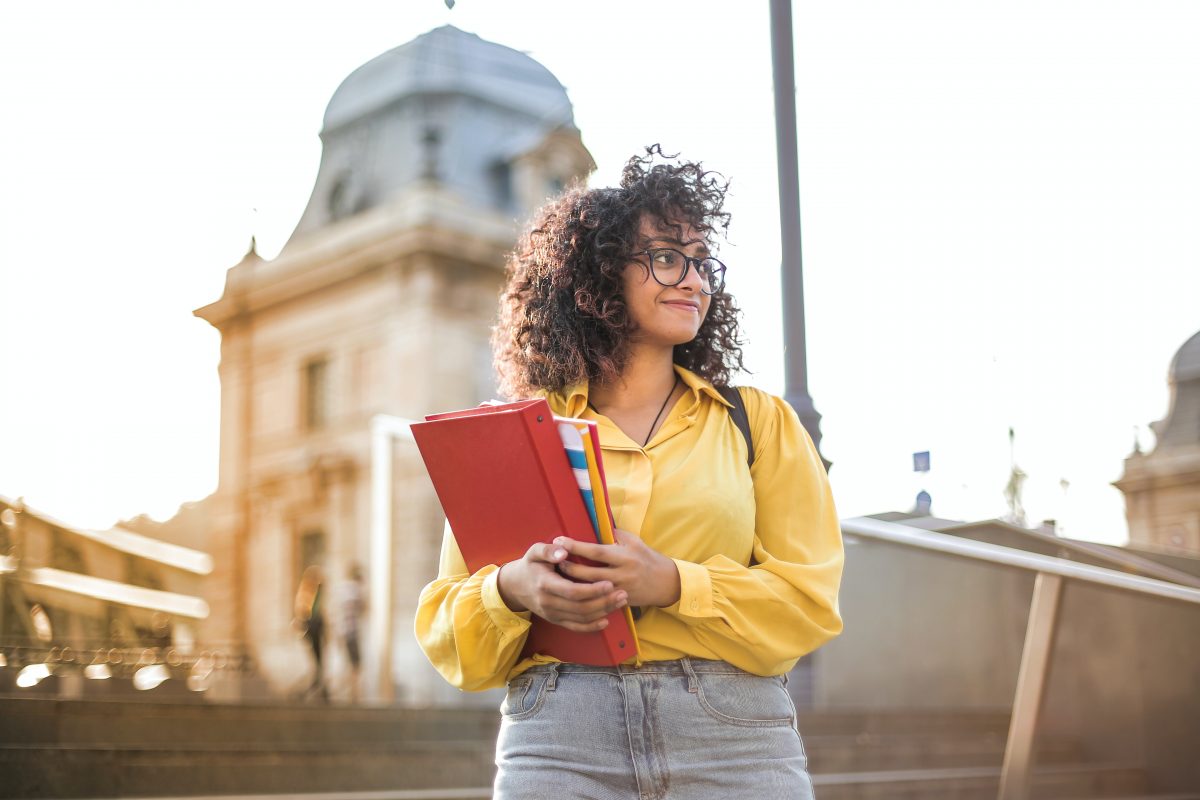