We have many thoughts and questions about this movie so there will be spoilers aplenty! If you do want to know everything about 365 Days 3 without having to watch it, continue reading and hear us out. If not, find other risqué movies like 365 days that are definitely a whole lot better to binge-watch.

The Next 365 Days Summary

This trilogy of kinky adventures between Laura (Anna-Maria Sieklucka) and Massimo (Michele Morrone) continues. However, their marriage is on the rocks as Laura begins developing feelings for Machelo Nacho (Simone Sussina). Laura dives into work — fashion design, in her attempt to distract herself from her failing marriage. She ends up in Portugal with Olga for a fashion show and runs into Nacho. They confessed their feelings to one another. She is torn between Massimo and Nacho, and both are willing to give her time and the right to choose between either of them.

Since this is one of the most steamy movies on Netflix, it is no surprise that we get a sex scene within the first 10 minutes of the film. But, it is an improvement from 365 Days: This Day which started the movie with them all over each other on the morning of their wedding.

But it does answer one of our many burning questions left from the previous cliffhanger — Did Laura die in 365 Days: This Day? She doesn’t and is clearly alive and well. This brings us to our first plot hole:

1. How Does Massimo’s Twin Brother Die From a Gun Shot Wound to the Shoulder?

The grave we saw in the 365 Day trailer belongs to Massimo’s twin brother which is strange since a shoulder wound is far from being a cause of death. And how does Laura not die after being shot through the body? Mind blown.

And because Laura doesn’t die, the first scene that features both Laura and Massimo is Laura craving for some steamy sex, though Massimo holds himself back, worried about her gun wound (which is also nowhere to be seen?).

But the steamy scenes between them end abruptly as Massimo’s paranoia caught up with him and went on a sudden rampage interrogating Laura about what happened between her and Nacho, as well as her miscarriage in the first 365 days film.  And not to mention how Laura begins to fantasize about Nacho, quite vividly in her dreams. We witness a very rocky start to Massimo and Laura’s marriage in the first 20 minutes of the movie. So, to distract herself from the elephant in the room — or should we say marriage, Laura launches herself into her fashion career. One that we never knew existed.

Laura doesn’t just design clothes. Apparently, she is so good at it, that within a matter of days or maybe weeks, she is deemed worthy enough as a designer to attend a fashion show in Portugal. Please teach us how to win in life in this impossible way. That said, we do see Laura flaunting quite a bit of her fashion sense. Based on what we have seen in this sequel, she pulled off different types of aesthetics – from casual to girl crush, business women sleek looks, and elegant gowns.

3. The Massimo-Laura-Nacho Love Triangle Happens in a Really Short Span of Time

Not only does Laura fantasize, she somehow falls in love with Nacho (quite suddenly too) after spending, what, a week with him on that getaway island in 365 Days 2? And not to mention, Laura falls for Massimo within two months after he kidnaps her. How does that work?

If you thought the sex scenes in the previous two films were wild and steamy, 365 Days 3 trumps it all with a threesome scene. While the casts of 365 Days have previously confirmed that the raunchy sex scenes were not real, we were not expecting this at all! Not only do we get both men obsessing over Laura in bed with lots of kisses and groping, but the two men also share an intimate kiss as well that left fans ecstatic about the hunks. Well, perhaps that’s why of the new release movies on Netflix, 365 Days 3 ranked high in viewerships in many countries on its initial release date.

5. Is the Laura and Nacho Love Line Another Case of Stockholm Syndrome? Perhaps not.

For one, while Nacho was supposed to kidnap her, Laura actually went with Nacho willingly. Laura made a choice with Nacho, but not with Massimo. Two, while Massimo showered Laura with luxury and lots of megalomaniac attitude, Nacho was clearly more toned down and shows his gentleness through his actions. He always presents Laura with choices, which is what Laura desires. She hopes to be seen as an equal in her relationships, not just some trophy wife. Three, we might be reading a little too much into this but the sex scene between Laura and Nacho was paired to “Wallows” by Tommy Docherty — a more deliberately emotional but meaningful song than “See Red” (soundtrack to Laura and Massimo’s sex scene in 365 Days). This brings us to our next point:

Though 365 Days 2 received major backlash for “soundtrack stuffing” with a severe lack of dialogues, somehow, both producers and directors think that emulating the same style would work better in the third film. And boy, it did.

After the first two 365 days films, we have come to realize that perhaps it’s better when most of the plot is pieced together by soundtracks, letting the confusing dialogues take a backseat. Surprise surprise, the soundtracks are actually pretty good (if you just focus on the music and not the movie) and befitting of each scene. It’s a win-win situation for us all, yay!

If any movie could visualize the literal meaning of music to our ears, it will be this 365 Days sequel.

7. Laura’s and Olga’s Friendship Is the Trilogy’s Only Saving Grace

Amidst the series of confusing gang chaos, cringe-worthy “baby girl” and just seriously poor decisions, Laura’s and Olga’s friendship is the best part of the 365 Days trilogy. Olga, played by Magdalena Lamparska, delivers the iconic “dumb but loyal” character beautifully in this film. She is hilarious, lives life on the edge but never shies away from bringing Laura back to her senses. We’d consider her wise, especially when it comes to being an emotional midwife for Laura. Olga doesn’t judge Laura for her very questionable decisions but sticks by her through it all. We all need a friend like Olga.

After the entire movie of Laura asking for time and space from both leading males to sort out her feelings and making us squirm at nonsensical dialogues, the movie leaves us hanging with another cliffhanger! Does Laura ends up with Nacho or Massimo, we don’t know! That’s right folks, we are all just left dangling here. How dare they do this to us!

Though, according to the third book, 365 Days book 3, Laura ends up with Nacho. Whether the directors choose to see this through, we can only imagine.

Boy howdy, please say no. Though we would want some resolution to Laura’s love life, we just aren’t that desperate for another 365 Days movie to hear her definite answer. We believe we’ve all had enough strange and confusing mob love for a while.

There Are Much Better Netflix Shows Out There

For what it’s worth, we do applaud the actors’ and actresses’ efforts in bringing this novel to life, albeit the flopping mess that was created from this trilogy. However, there really are better Netflix movies out there that deserve two hours of your attention. If not, just watch Fifty Shades of Grey.

Written by Cherin
Cherin is an avid reader of all things fantasy, mystery, and thriller. A self-proclaimed bookworm, she also enjoys writing and occasionally adds a whiff of wittiness and sarcasm into her articles. While she aspires to be a great copywriter one day, her true dream is to be a full-time coffee drinker. 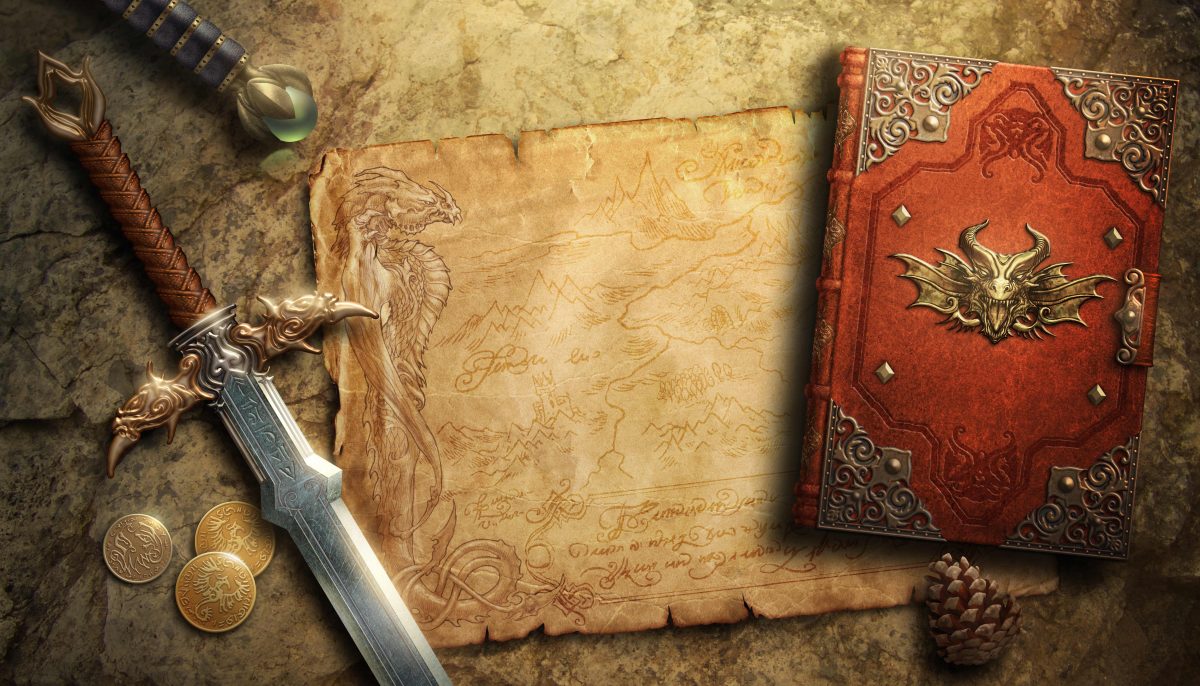 5 Components For A Great RPG Experience 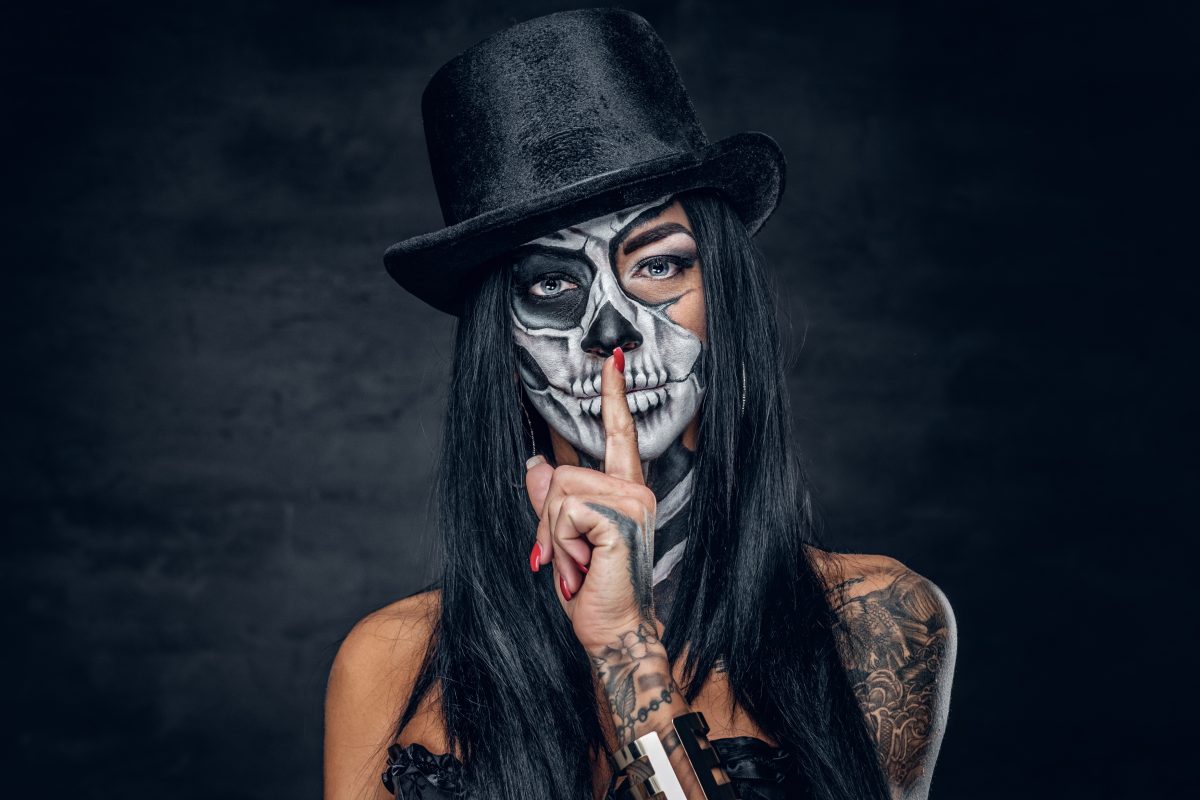 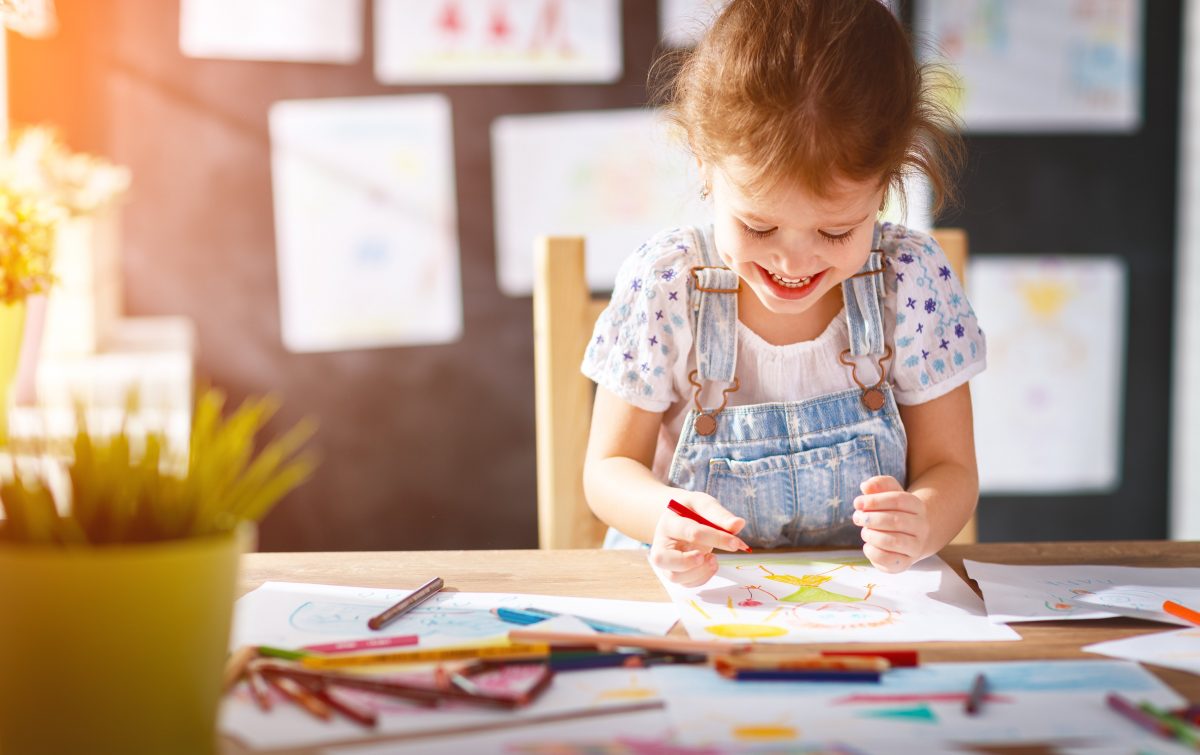 How Drawing Helps In Coping With Attention Deficiency 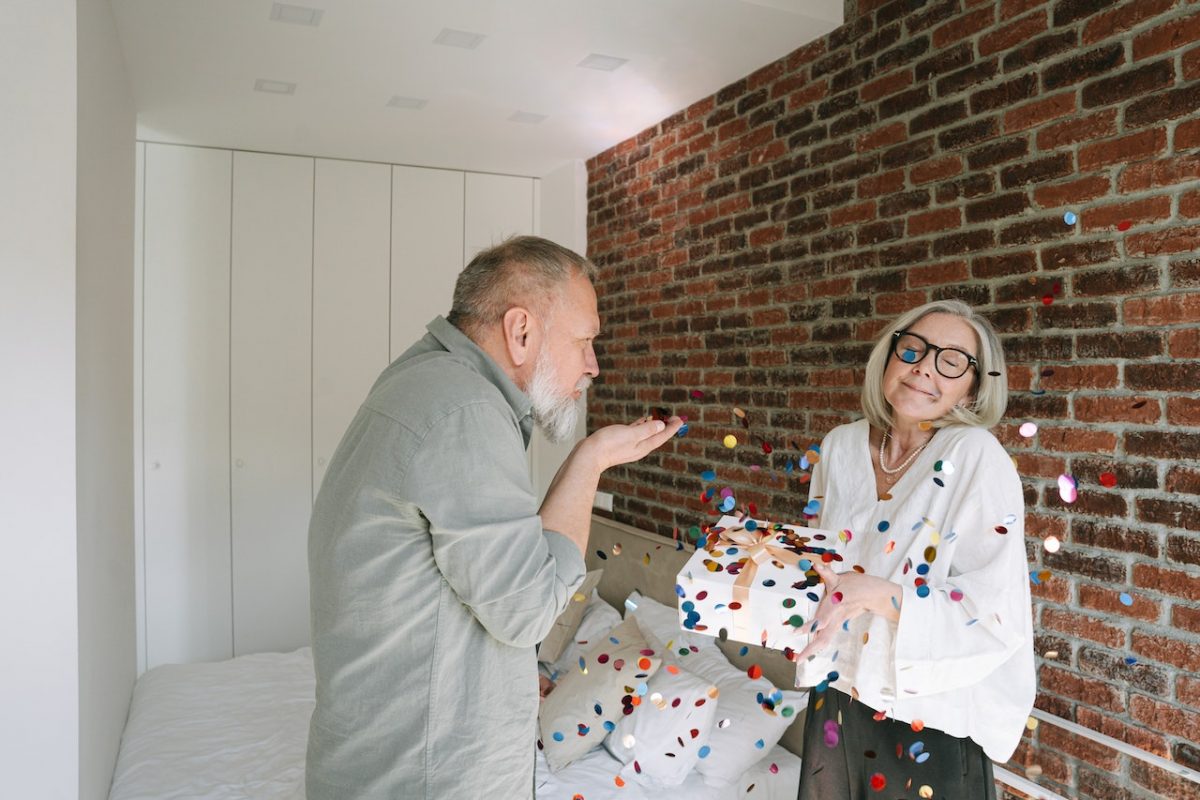 Best Gift Ideas For Your Wife 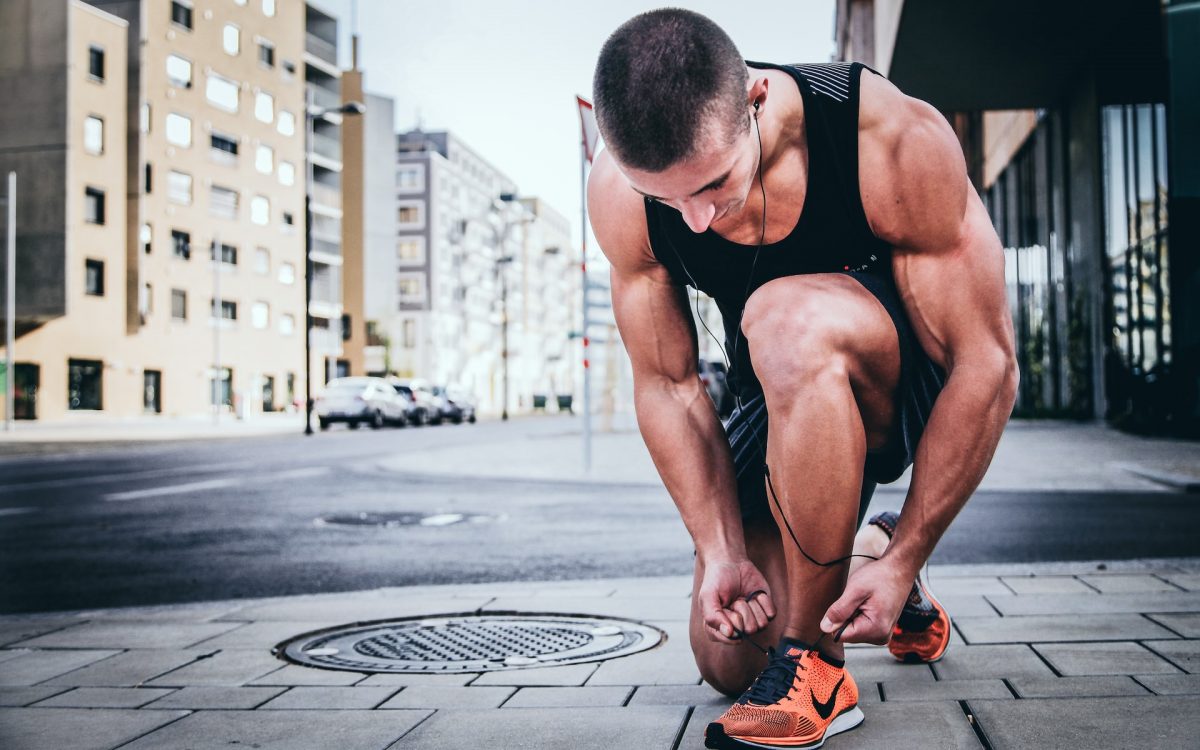